I was stopped in my tracks by this sad image by Nazanin Tabatabaee from the Ukraine International Airlines crash scene in Iran. What was once a treasured personal effect, a family picture album, is seen among items strewn over the ground. The pictures are faded and drained of colour with age and mixed with other rubble like a lost object. Rescue workers trying to salvage the possession of those who lost their lives. Once happy memories now loaded with much sadness if they are returned to families of those who died in this crash. Read on here for the latest 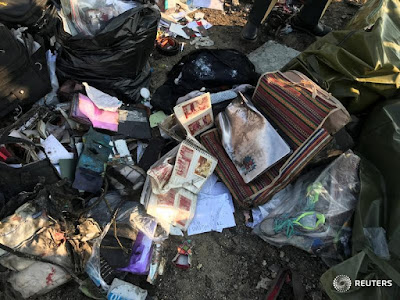 Passengers belongings are seen after a Ukraine International Airlines crashed after take off from Iran’s Imam Khomeni airport, on the outskirts of Tehran, Iran January 8, 2020.   REUTERS/WANA/Nazanin Tabatabaee

We can’t see the eyes of the border policeman although his mirror sunglasses and the helmet shield leaves us with the impression, right or wrong, of a calm and cold stare in Raneen Sawafta’s picture from the anti-Israel protests.  We are drawn to the centre highlight of the image to see enough detail of the protest in the mirror lenses to understand what he is watching. 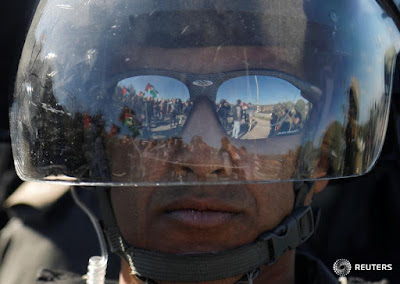 An Israeli border policeman looks on during an anti-Israel protest by Palestinians, near Qalqilya in the Israeli-occupied West Bank, January 6, 2020.    REUTERS/Raneen Sawafta

So many funeral procession images have moved after the killing of Iranian military commander Qassem Soleimani and Iraqi militia leader Abu Mahdl al-Muhandis that it was hard to select one. But the claustrophobic and chaotic scene in Abdullah Dhiaa al-Deen’s picture is a very powerful image. It is so close to the coffin that you feel crushed, hot and breathless as hundreds of people struggle for a final touch of the coffin. Your eye is drawn through the teeming crowds to the distance by the brightly lit minarets of a mosque. 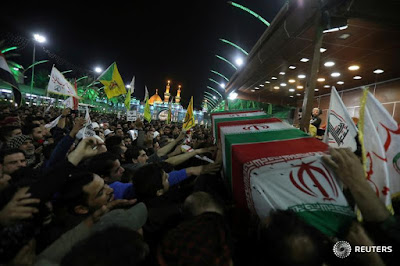 Mourners attend the funeral procession of the Iranian Major-General Qassem Soleimani, head of the elite Quds Force of the Revolutionary Guards and the Iraqi militia commander Abu Mahdl al-Muhandis, who were killed in an airstrike at Baghdad airport, in Kerbala, Iraq January 4, 2020.   REUTERS/Abdullah Dhiaa al-Deen

Equally busy and chaotic is Khalid al-Mousily’s picture from the funeral procession of Soleimani and al-Muhandis. It’s so busy your eye just doesn’t rest; it darts from the soldier in the black helmet in the foreground, then to the flags and the poster in the background, back to the man in the white short touching the vehicles, over to the soldier in the red beret looking backwards and then the to edges of the frame, sunglasses on the left and military vehicles on the right. You feel as breathless as if you were there. 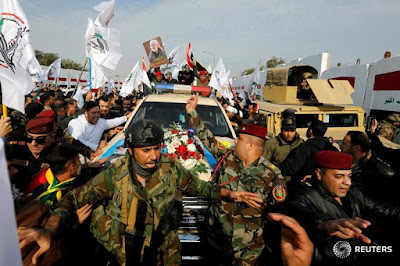 A coffin is seen inside a car during the funeral of the Iranian major-General Qassam Soleimani, commander of the elite Quds Force of the Revolutionary Guards, and Iraqi militia commander Abu Mahdl al-Muhandis, who were killed in an airstrike at Baghdad airport, in Baghdad, Iraq, January 4, 2020.   REUTERS/Khalid al-Mousily

The Dakar rally is taking place in Saudi Arabia and Hamad Mohammed has the opportunity to shoot John Ford style landscapes and capture the sporting action too. Easier said than done, shutter speed too fast and the vehicles are frozen and look static, all drama lost. Shutter speed too slow and you get to much movement and you end up with a blurry picture, which looks great (some of the time) if intentional and it works well. The picture below perfect, just enough movement in the wheel but the action frozen. 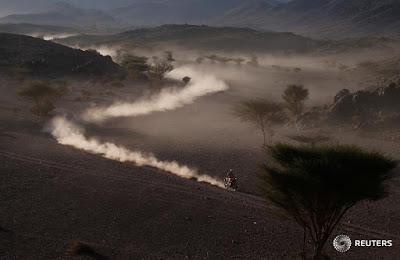 One would imagine that at a very simple scenario, a person talking at a podium, one image would be enough. But if its news value is so important and the world is waiting to see the pictures a single definitive image probably wont exist, and a wide selection is needed to convoy the whole story. Competition is tight as the first pictures will probably be the most published. But what is also key is how the images are presented because a person talking at a podium is not visually rich. Photographer Mohamed Azakir was under pressure to deliver not only the first pictures, and seconds count, but the editors have to think how best to present them so they will be used again and again. A clever combination of Mohamed’s very fast pictures by picture editor Maria Semerdjian do the job required in this special case. If you had to chose a single image which one would it be? 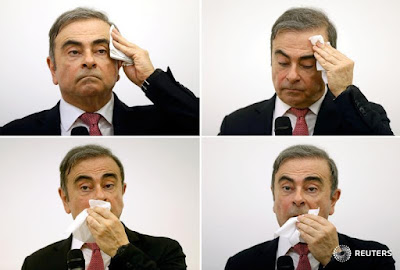 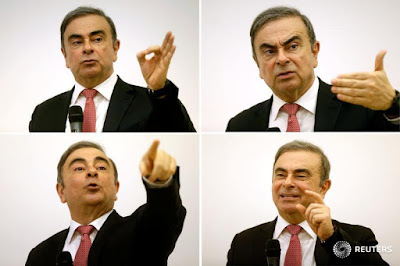