Zohra Bensemra’s picture of celebration in the streets has a wonderful triangular composition to it that leads the eye to the very top of the visual pyramid and to the Algerian flag. The eyes, the arms and the hands all push you up past the bright street lights, which don’t distract from the action but add to it. People celebrate on the streets after President Bouteflika announced he will not run for a fifth term, in Algiers, Algeria, March 11, 2019.   REUTERS/Zohra Bensemra

There is no escaping the open grief of this woman in Tiksa Negeri’s picture as she visits the scene of the Ethiopian Airlines crash where her relative was killed. There is so little left of the bodies at the crash scene and she is so overwrought that - trying to get close to her loved one – she splashes soil from the scene into her face. One of the saddest mourning pictures I have ever seen. Read on here 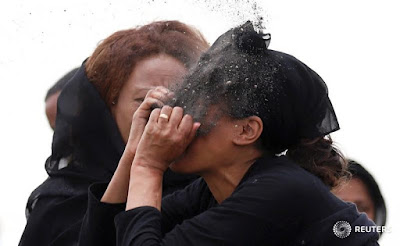 A relative throws soil on her face as she mourns at the scene of the Ethiopian Airlines Flight ET 302 crash, near the town of Bisoflu, near Addis Ababa, Ethiopia March 14, 2019.   REUTERS/Tiksa Negeri

Even though there is very little detail in Rodi Said’s picture from Baghouz, there is no mistaking a powerful sense of ferocious battle. It’s almost as though your eyes have to get accustomed to the brightness of the fire before you can get a feeling of the scale. Slowly you begin to pick out the size of the buildings and it’s then that you realise the whole landscape, to the far horizon, is ablaze or covered in smoke. 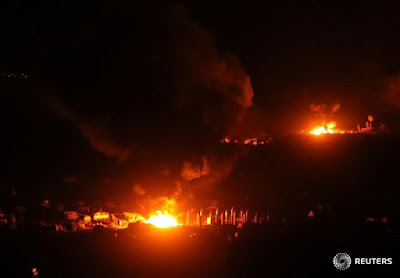 Fire and plumbs of smoke are seen during fighting in the Islamic State’s final enclave, in the village of Baghouz, Dieir Al Zor, Syria March 11, 2019.   REUTERS/Rodi Said

Siphiwe Sibeko’s picture of the evening commute to Soweto works on so many different levels. First the wow factor as you look at the relaxed and smiling commuters literally on the front of the train. True, it’s not as packed as trains you see in Bangladesh, but one slip and instant death awaits. Beyond this, the picture has even more to offer: the contrast of the warm and bright colours in the foreground, against the cool blues in the distance, the man on the tracks walking us to the cool horizon past the warm dot of red of the signal light. To the left a small gaggle of children, sitting on the tracks watching as the train goes by. Lastly, but worth a mention, have a think about where Siphiwe is standing to shoot this terrific image. 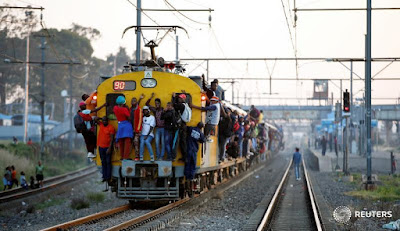 Commuters hang on the sides of a train as they return from work in Soweto, South Africa March 12, 2019.    REUTERS/Siphiwe Sibeko

Temilade Adelaja picture is such a powerful news picture that it sets the pulse racing. Every element of news imagery is there: action, energy and every emotion imaginable on the faces of the rescuers crowding around the child. Best of all, this is a picture about survival. You can see the follow up story here 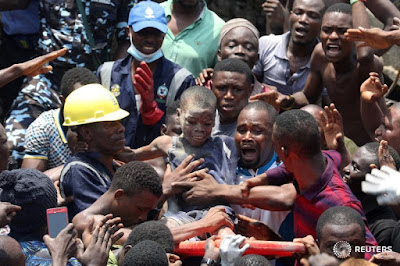 Unlike Temilade’s picture above from the same news event some pictures defy an instinctive crop because they work in so many different ways. Afolabi Sotunde’s image of a child being rescued is one such image. First, here is the full frame. The figures in yellow and highlights on the right are distracting so you don’t see the action of the girl being helped properly. They need cropping…I think. 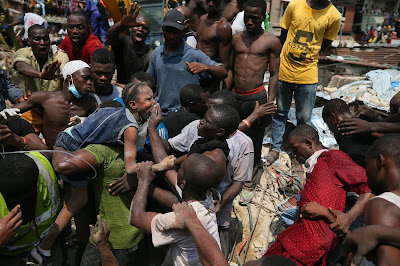 But once you crop them out and leave in the wonderful expressions of the men in the background the image becomes a little square and will not be easy to fit into a standard digital imaged space. To crop the men out will spoil the ambiance around the main action. 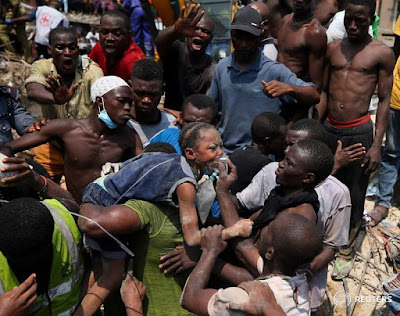 So why not crop to a vertical? But if you keep the child’s foot in bottom left and the powerful face top left and the finger and grey shirt on the right along with the face top right that looks back into the picture, the image ends up a little square again. 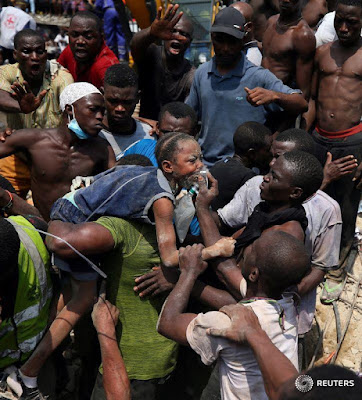 So another crop, this time tight and in a classic horizontal 4x3 shape to really draw the focus on the child’s face. Although the shape is perfect and the key action very strong, the faces of the men around the child look a little passive compared to the men in background in the previous crops. So the answer, on this rare occasion, is to move them all and let other professional picture editors have the choice. Am I passing the decision- making buck or giving customers more choice? Another interesting debate, but not for now. See the full picture file here 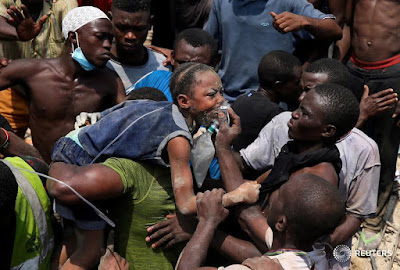 There is no visual ambiguity whatsoever in Khaled Abdullah’s striking picture of a woman recovering from her injuries after a bombing raid in Yemen. A decisive crop was important to protect her identity. We sense her pain, the slightest movement uncomfortable, her arms crossed against her chest to protect herself. The cool tones of the blue and white of her clothing and the sheets contrast with the warm colour of her hands and the darkened skin of her injuries. 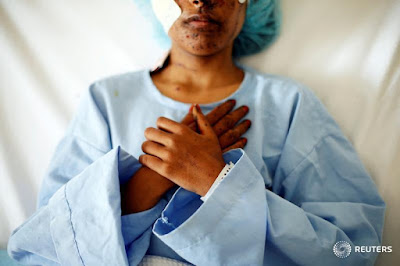 A woman who was injured in air strikes lies in a hospital bed in Sanaa, Yemen, March 12, 2019.   REUTERS/Khaled Abdullah

On some rare occasions it’s a small almost unperceived moment in a busy and chaotic image that tells a story, if you take time to see it. As I have mentioned before I always take the time to look at the faces of those who are dead in our picture file. I feel no matter the circumstances of the death they are owed this from me. When looking at Mohammed Salem’s picture I noticed the hand touching Mussa’s face. It’s not quite clear where this hand is coming from but once you see the tenderness of the touch, the noise of the shouting men, the struggling crowd and the pushing media all fade away. All you can see, feel and hear is this gentle caress. 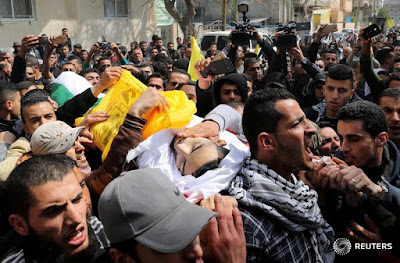 Mourners carry the body of Palestinian Mussa Mussa, who died of his wounds he sustained at the Israeli-Gaza border fence, during bis funeral in the central Gaza strip, March 12, 2019.   REUTERS/Mohammed Salem