A Week in Pictures Middle East and Africa January 25, 2019

As a late inclusion for pictures of the week I could not ignore Ibraheem Abu Mustafa’s picture from the Gaza-Israeli border, it’s like two images in one. In the bottom left third of the picture is a group of young men, hugging, smiling and taking a selfie. In the rest of the image are scenes of people running during clashes, shrouded in tear gas. The power of this image is that could be used to open so many debates that would polarise opinion. 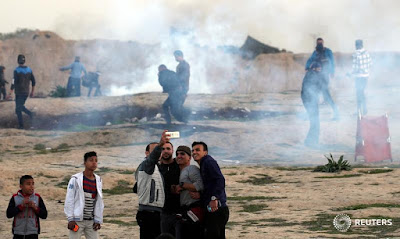 Palestinian demonstrators pose for a selfie during a protest at the Israel-Gaza border fence, in the ventral Gaza strip January 25, 2019. REUTERS/Ibraheem Abu Mustafa

There’s no escaping the intrigue in Thaier al-Sudani’s picture of the Bikers of Baghdad. We are squeezed into the image through the backward glance by the black clad rider and the bright Iraqi flag to the bike weaving through the traffic. It’s a feel-good story about  an attempt at unity, so have a look at the rest of the pictures here 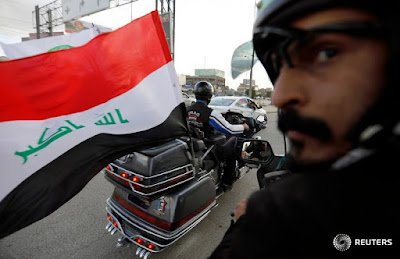 A member of Iraq Bikers, first Iraqi biker group, drives with an Iraqi flag on his motorbike in Baghdad, Iraq December 28, 2018.   REUTERS/Thaier Al-Sudani

Strange shapes and colours in Olivia Acland’s picture combine to intrigue and delight the viewer. The shadow of the young man’s hand doesn’t quite cover his eyes so his face jumps out at you even though it’s quite small in the frame. The catchlight in the out of focus figure in the foreground brings him sharply into focus, if only for a second, but it is time enough for us to notice the loud hailer he’s carrying. Only then are we allowed to drift into the background to notice the other figures milling about expectantly in the heat and dark and then finally to the hand and arm creeping into the frame. 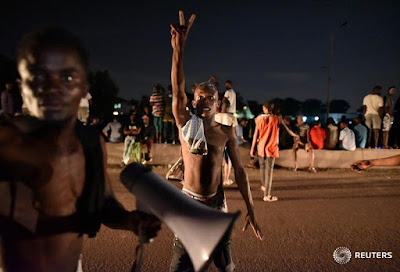 Supports of Felix Tshisekedi, leader of the Congolese main opposition party, the Union for Democracy and Social progress celebrate along the streets after the judges of the Constitutional Court confirmed Tshisekedi’s victory in the presidential election in Kinshasa, DRC, January 20, 2019.   REUTERS/Olivia Ackland

At first glance Amir Cohen’s picture looks like a simple graphic weather picture from the Golan heights, a tree set again a blue sky after a fresh snow shower. But it’s not, it’s a clever image of an Iron Dome anti-missile system being installed after another round of attacks. Once the caption is read the tree fades away and the details of the crated weapons system come to the fore of the image. 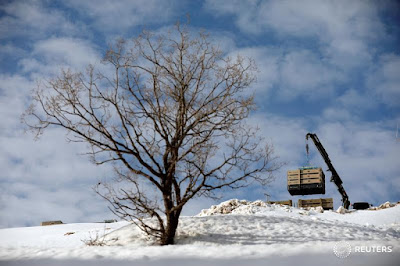 You need to look and look again at Eissa Alragehi picture to make sense of it. It’s like blacksmith Yaarub is part of a machine in a Mad Max type world, stylish in his appearance with his eye wear, strong arms, calm and in control in the chaos of the workshop. There is no mention of his disability in the caption so no clues there. You need to notice the wheels of his wheelchair to begin to understand. It’s a perfect picture to draw you into a story so you can discover more, so click here 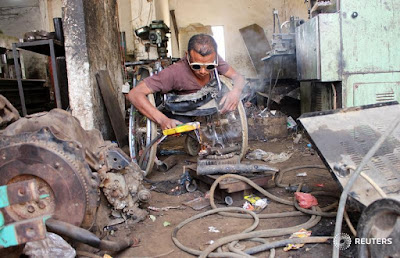 Siphiwe Sibeko’s image is one of those pictures that works as it draws you in to awkward space. It shouldn’t really work but it does and you’re not quite sure why. The basic visual story is a man appearing in court who has a famous father. The temptation would be to just show the two of them interacting, as Siphiwe has done. I include that image to demonstrate this. What I enjoy most about Siphiwe’s picture is the space between the figures and how the body language bounces us around. Your eye is drawn straight to the central figure. He’s laughing, relaxed and his eye line draws you to the person on the right, who’s cropped half out of the frame but looking back in, sending your eye off to the third figure on the left. He in turn is looking left to right, sending you back to the central figure. The circle is complete. 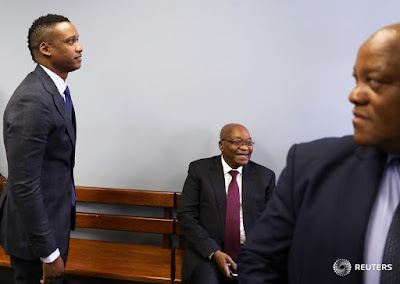 Duduzane Zuma, stands next to his father, former South African President Jacob Zuma, as he waits for the start of his appearance at the Specialist Commercial Crimes Court in Johannesburg, South Africa, January 24, 2019.   REUTERS/Siphiwe Sibeko 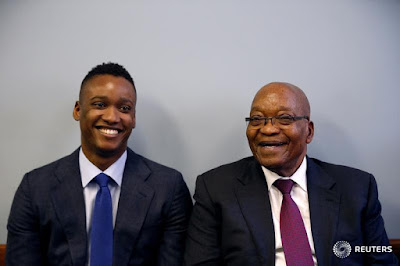 Duduzane Zuma, laughs with his father, former South African President Jacob Zuma, as he waits for the start of his appearance at the Specialist Commercial Crimes Court in Johannesburg, South Africa, January 24, 2109.   REUTERS/Siphiwe Sibeko


As an exercise in demonstrating just how a small crop by an editor can make a lot of difference, I want to share an image shot by Philimon Bulawayo in Zimbabwe. The first has  no crop and the second with a slight crop. I don’t want to take away from the difficulty that Philimon is working under as a photographer so this is to highlight just how important these small changes can be in the editing process. 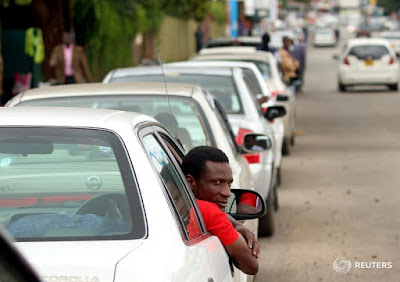 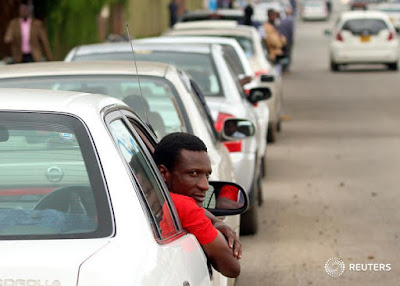