A Week in Pictures, Middle East and Africa, December 6, 2019

I wanted to update this week’s selection with three images from Baz Ratner in Kenya. They each represent a mix of emotion at the same time; despair, hope, fear, relief and joy as the story of the collapsed building unfolds. Looking at the sandwiched layers of floors of the building how can anyone be expected to survive, yet the rescue services dig in hope. People watch, some I imagine with loved one missing others just intrigued by the spectacle, drawn to the horror. And finally relief and joy as a woman is pulled from the rubble. No doubt next there will be anger, why did this building collapse? Read the rescue story here. 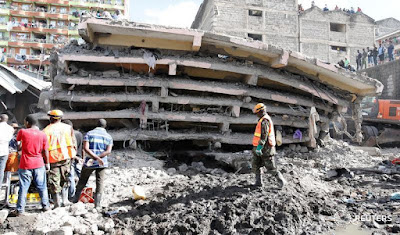 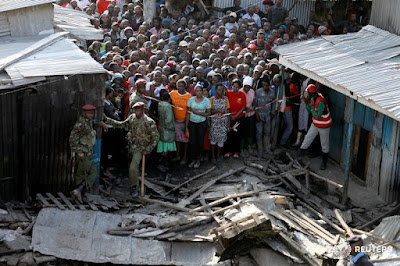 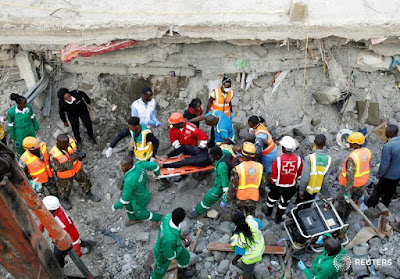 An injured woman, rescued from the rubble, is carried by from the scene where a building collapsed in Nairobi December 6, 2019.  REUTERS/Baz Ratner
2019
A debate is raging. Are the nearly dry Victoria Falls in Zimbabwe a consequence of
climate change or just seasonal and quite ordinary? Either way this is a striking image
that makes you stop and think about the debate. 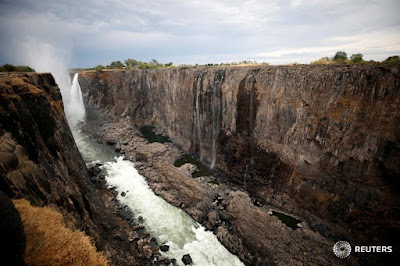 Better still if you can see what the waterfall looks like when it’s at full flow. The use of a
combination ‘before and after’ provides a visual solution. At the same time the format of
two images on top of each other creates its own problem. It won’t fit into the
conventional horizonal shape that is seen on most digital platforms. The solution is to use
two combination pictures next to each other. Read on here 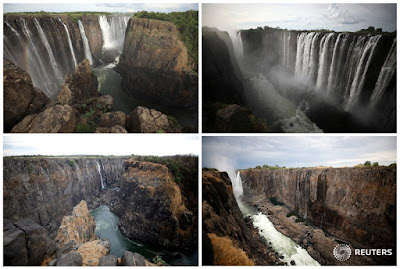 No matter how much you prepare, knowing that you are going to be surprised by love,
you are still surprised. Just look at Nevine’s face and gesture as she meets her son after
20 years. Even though Mohamed Abd El Ghany has shot this quite wide to give it a little
space, your eye just zooms into her face. It’s the complex arrangement of compositional
zigzag lines and shapes made up by the stairwell, the doorframe and their arms that keep
you centered on her joy. Read on here. 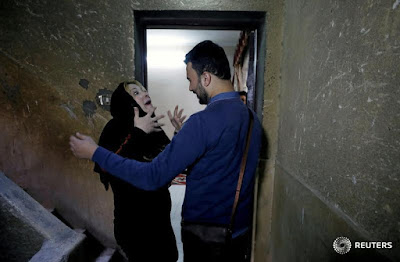 A slightly different pick for the week, but I just can’t resist the echo of the shape of the
flag being carried by Abdelkarim Hassan and the image of the flag on the hoarding in the
background in Ibraheem Al Omari’s picture. I also like the illusion of the giant ball
bouncing off the player’s knee too. Good luck or good judgement? A photographer’s eye
or a careful pick by an editor? I think a combination of all that. 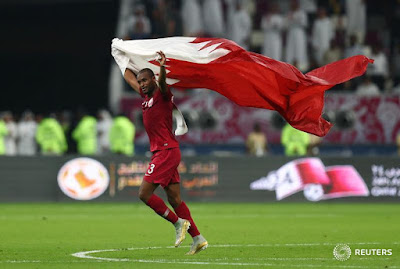 In a similar sense to the football picture above, Khalid al-Mousily uses the backdrop
graffiti to build his image. The success of this picture is the perfect timing that places the
woman, at full stride, in the centre of the tableau, poised between gunman and injured
protester. The matching scale of the figures helps the illusion. 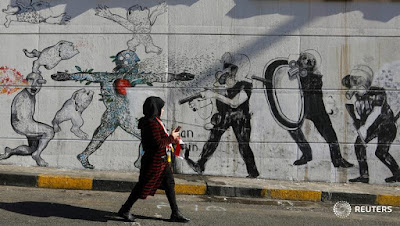 An Iraqi woman demonstrator walks past a mural during anti-government protests in Baghdad, November 22, 2019.   REUTERS/Khalid al-Mousily

From the foreground, the cracked and dried-up earth of a reservoir stretches out to the
distant horizon like an alien landscape. Mike Hutchings has captured two tiny figures in
the bleak landscape who break the horizontal line where the cloud-heavy skies meet the
dried-out earth, giving the image a focal point as your eye races to the distance at
breakneck speed. Read on here. 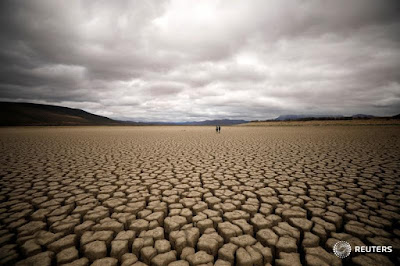 Clouds gather but produce no rain as cracks are seen in the dried up municipal dam in drought stricken Graaff-Reinet, South Africa, November 14, 2019.   REUTERS/Mike Hutchings

I love pictures that have chaos and calm in them and Afolabi Sotunde delivers both with
this terrific image shot with a wide-angle lens. You feel that you are in the middle of the
fight as people grapple in the courtroom. You are not a bystander as the scene opens up
momentarily, giving you a view from the very core of the affray to the rear of the court,
where you can see the lawyers in the background, one of whom is causally shooting the
whole scene with his phone while the others glance around the wood-paneled room. 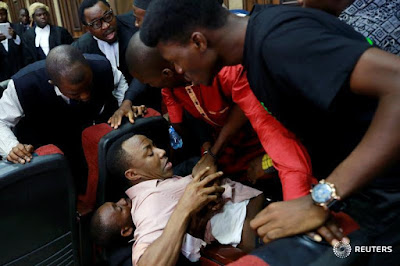 image that makes you stop and think about the over-all debate.

Posted by Cropperboyce at 16:33 No comments: 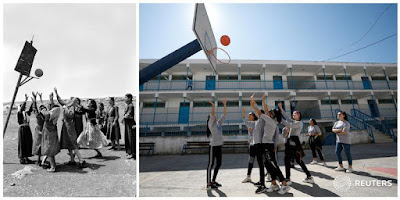 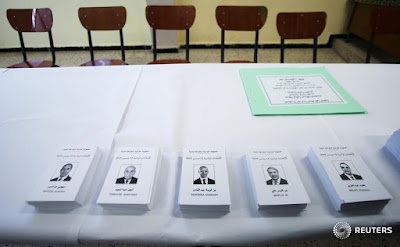 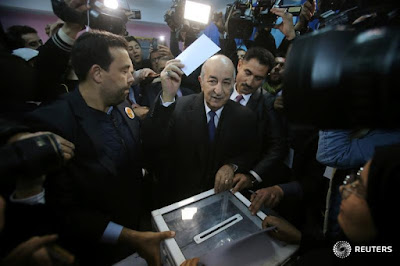 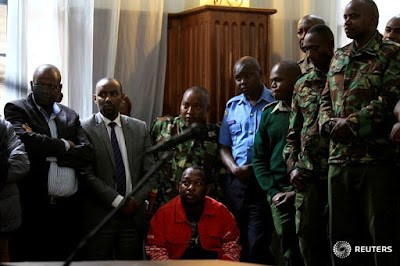 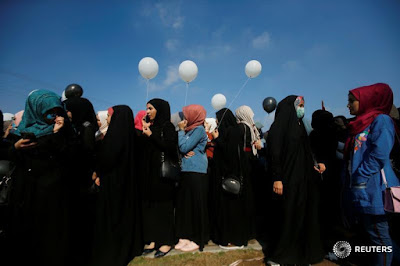 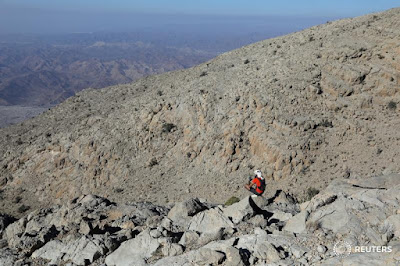 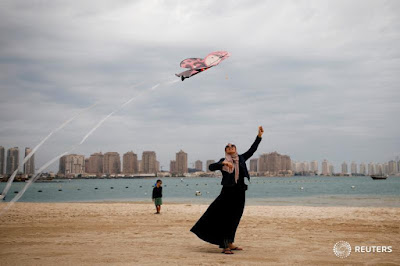 Posted by Cropperboyce at 10:35 No comments: