Prior to the World Cup kick off in Russia I assigned photographers in the MEA region to shoot pictures of street football games. I specifically asked for images only of the goal or the celebration and then I wanted a quote from the goal scorer. We had many great pictures full of aspiration and fun. A tough choice for my favourite was shot by Youssef Boudlal. The sheer joy on the scorer’s face, the dejected defenders and the ball can be seen in the ‘net’. It could be the World Cup winner. See the full set of pictures here 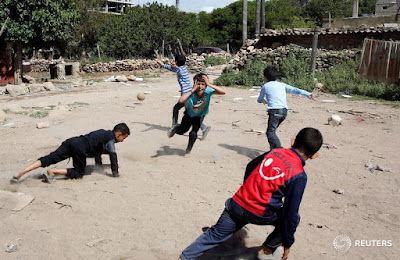 Adnan, 11, celebrates scoring his goal in front of his house in the old streets of Casablanca, Morocco April 28, 2018. ‘Every time I score a goal I feel like I have just realised my dream of playing with my favourite team’ he said.  REUTERS/Youssef Boudlal

Also, hard to ignore Baz Ratner’s eye-catching prison football match pictures from Kenya. The orange is eye-catching, the stripes in the prison uniforms are eye-catching and the way Baz has composed these fighting elements around the chalked-up score board is just wonderful. A lucky break too as he catches the moment of the man on the left looking back into the frame drawing your eye from the dizziness of the oranges and stipes to the faint letters ‘RUSSIA v SAUDI ARABIA’ 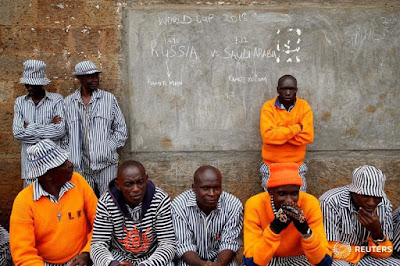 A slightly cheeky visual segue from World Cup football to Africa is Francis Kokoroko’s quirky portrait of a journalist who worked on a story about football-related corruption. Anas is obviously keen to hide his face but not his identity and this has led to a great opportunity to shoot this portrait. It works well as Francis has kept the background both clean but toned so nothing detracts you from the noise of the golden mask. 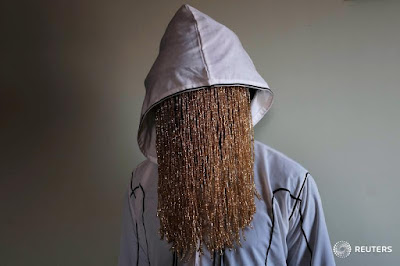 It’s not often I will chose an image that actually has no people in it but Ahmed Jadallah’s sublime picture from the Aramco oilfields has such a surreal feeling to it I was drawn back to look at it again and again. I love the warm tones, the sweeping curve of the road and the harsh black lines of the telegraph poles cutting through the landscape. And then it struck me: ‘Paris, Texas’. I could hear Ry Cooder sound track  in my head and then remembered an exhibition of the Wim Wenders polaroids.  Read the exclusive story here 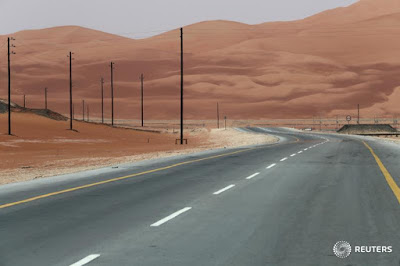 The highway towards the Natural Gas Liquids (NGL) facility is seen at Aramco’s Shaybah oilfield in the Empty Quarter, Saudi Arabia May 22, 2018.  REUTERS/Ahmed Jadallah

Tiksa Negeri’s perfectly centered cyclist provides the focal point that his confused picture of rubble needs. It draws you into the image and then allows your eye to wander to the decorated house on the left of the tree, then across to the leaning pole and then down to the satellite dish on the far-right hand side. Once you have finished visually rushing around this picture you come back to the stonework of the destroyed building to discover beautiful master craftsmanship. I hope it gets rebuilt. 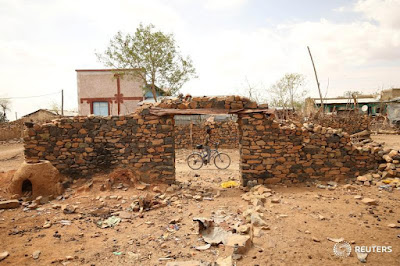 A boy rides a bicycle past houses damaged during the Ethiopia-Eritrea war between 1998 and 2000 in Badme, which was the centre of a territorial dispute between the countries and is currently occupied by Ethiopia June 8, 2018.   REUTERS/Tiksa Negeri

When dealing with nudity on the wire we need to be extra careful. I have no doubt that the editors who moved Siphiwe Sibeko's perfectly timed image of a dancer at the South Africa v England rugby game looked not once, or twice but probably three times with at least two colleagues, making sure we'd get no complaint from our online subscribers before moving the image out. 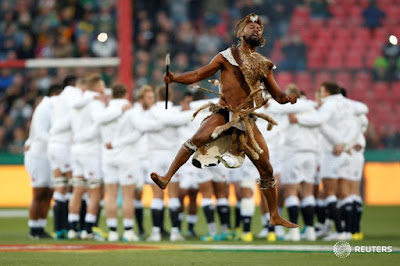