Balanced on a pile of cushions, a gunman aims his rifle through a hole in a wall. Half shut your eyes and Erik de Castro’s image looks like a landscape, a watery sun setting to the left of a mountain, the moon just beginning to appear on the right. Open them again and you see the gunman precariously balanced as he prepares to kill. 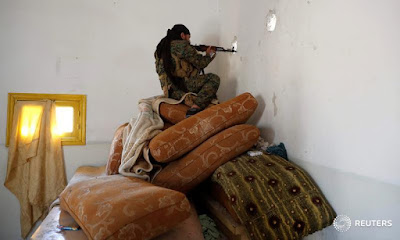 A fighter of Syrian Democratic Forces takes up a position inside a house in Raqqa, Syria, October 1, 2017.    REUTERS/Erik de Castro


We often read reports of troops massing prior to a battle but rarely do we get to see a great picture to match them. Armoured vehicles with brightly coloured flags fluttering in bright sunshine give the initial feel of a vintage car rally, a feeling that quickly dissipates as the compositional line between the smoke and the sky, mirrored by the line of telegraph poles on the left, race us to the vanishing point on the horizon where smoke rises from the battle. 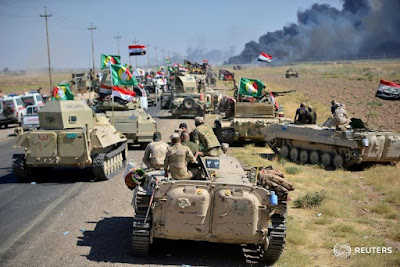 The clash of El Nabout canes, traditional clothing, strong shadows and an inconvenient lamp post combine to make a picture that intrigues. Mohamed Abd El Gheny’s affectionate picture of men taking part in an ancient martial art that is now a dance form provided one of the visual surprises of the week. The slight tilt to the image and the shadows leading to the lamp post enables its warm brown colour and harsh line to contribute to the shape of the picture instead of destroying it. 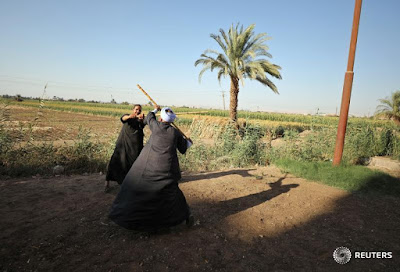 A picture’s beauty can be doubled when someone is smiling. When that person is Archbishop Desmond Tutu, I think the effect is fourfold. Mike Hutchings captures Tutu celebrating his birthday in one of the warmest and most affectionate pictures I have seen in weeks. The laugher is infectious, as the figure behind Tutu seems to have a wide grin too. 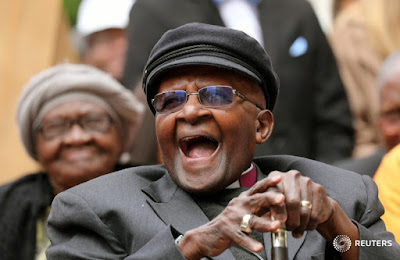 A slightly bizarre image by Erik de Castro who is covering the fighting in Raqqa, Syria, caught my eye. Why anyone would carefully lay out the uniform of an ISIS fighter on a stairwell is slightly beyond me, especially when a single boot is added to the bottom step? It’s almost as if a political comment is being made, the body and air has been squeezed out of ISIS as the SDF advance on their last strong holds in Raqqa. More pictures here. 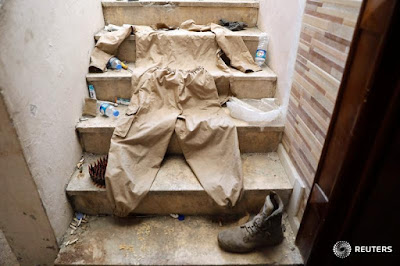 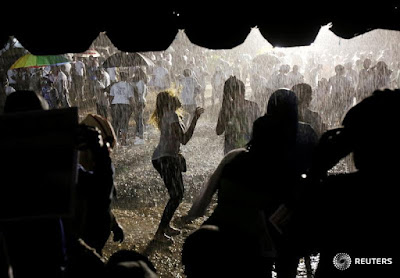 How could I resist highlighting this sweeping landscape, where the zigzag of hundreds of marching people seem to morph into the distant mountain ranges and then beyond to the  clouds. Photographer Ronen Zvulun makes an epic action picture that I am sure Western film director John Ford would have admired. 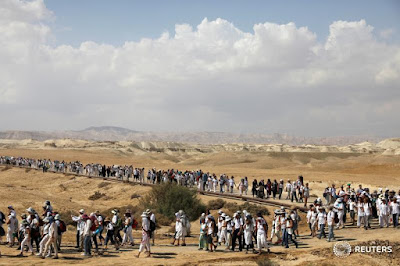 Palestinian and Israeli women march, as part of an event organised by ‘Women Wage Peace’ group calling for an end to the Israeli-Palestinian conflict, near the Jordan River, in the occupied West Bank October 8, 2017. REUTERS/Ronen Zvulun
Posted by Cropperboyce at 11:23