Khalil Ashawi’s image is very open to interpretation if you let your imagination wander. Is the impression given that the IDP camp is being hidden away, by the cloth, like the feeling among those at the camp that they are getting no help from the global community and are unseen? Is the woman trying to retain normality of life washing and drying her favorite item as if she were still at home, the beautiful cloth a reminder of a life gone by? Or she is just doing the washing? I leave it to you to ponder. 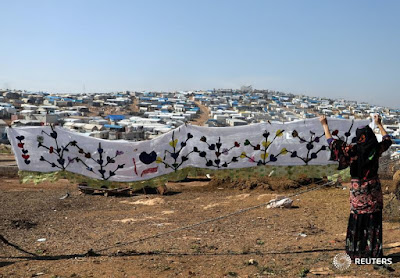 An internally displaced Syrian woman hangs a piece of cloth out to dry in Atmeh IDP camp, located near the border with Turkey, Syria March 4, 2020.   REUTERS/Khalil Ashawi

Afolabi Sotunde’s picture can best be described as warm and affectionate as the world braces itself to face the spread of the coronavirus outbreak. I think if the background were not so clean and the colour so warm this image would not do as well as it does to raise a gentle smile during these worrying times. 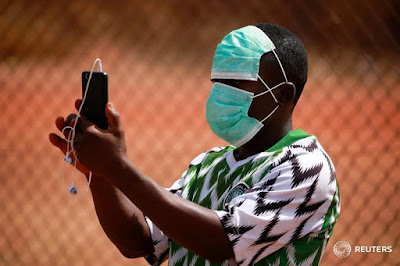 Mike Hutchings’ picture is as expansive as it is full of emotion. Even though the image is shot wide to keep the outstretched arms in frame you are drawn into the woman’s face that is fraught with emotion, via the bold 12 on her shirt. The police in the background make for a dark and somewhat static backdrop for the action in foreground. The tilt to the frame, although subtle, is an important compositional element that adds to the drama. 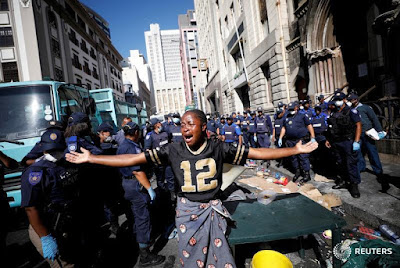 A woman wails as law enforcement officers move in to disperse a group of immigrants who had occupied a historic church and a square demanding to be moved to another country as they claimed not to feel safe because of xenophobic attacks, in Cape Town, South Africa March 1, 2020.   REUTERS/Mike Hutchings


What a wonderful detail picture by Amir Cohen - which works so well as the eye is drawn to the single image of Netanyahu in a mass of ballot papers. His face is clear and bold even though it’s quite small in the frame. I also like that the  the colours in the picture are similar to those of the  Israeli national flag. 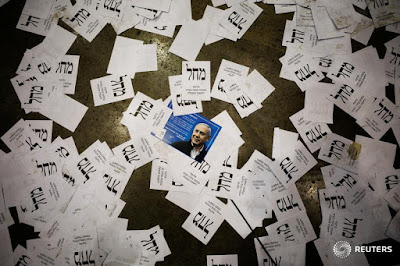 Ari Jalal’s picture makes you feel like you are the person who is being checked for a high temperature, a symptom of possible coronavirus infection. The claustrophobic feel is created by a dark frame and the masked medical worker leaning into the image. Would I have cropped the yellow out on the left? Probably yes, but then maybe you would lose the sense that this was shot from inside a car, which is also very much part of its strength. 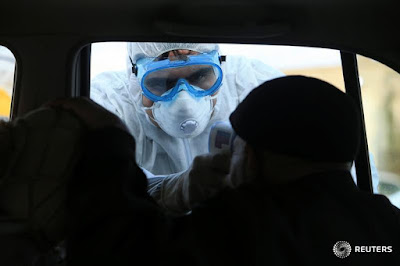 A member of a medical team checks the temperature of an old man in a car at a checkpoint on the outskirts of Duhok, Iraq following an outbreak of coronavirus, March 2, 2020.   REUTERS/Ari Jalal

Hidden in a swirl of bright colours and patterns it comes as quite a shock as your eye finally settles on the child patient stricken with cancer in Essam al-Sudani’s moving picture. With the boy’s hand held to the forehead you can almost feel the pain. Your  eye moves along his long thin arm to the drip and  the cold grey wall on the left offers little comfort. This image makes me feel sad, and so it should. Read on here, a story that has taken weeks to compile. 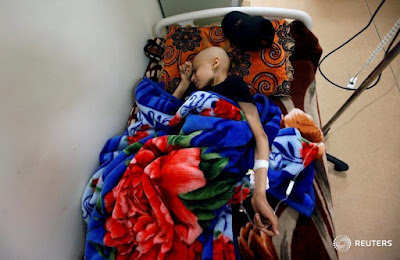 I make no excuses for showing this brutal image as I feel its important to document what happens in conflict. It is always a difficult balancing act between what is gratuitous and intrusive while showing the ugliness of injury and death and Umit Bektas has succeeded in his picture. We can see the man is injured but being cared for as he is in a hospital setting, the scene quite dark with the single light source bearing down on his injured body. It takes a while for us to see the amount of his blood on the floor. Read on here. 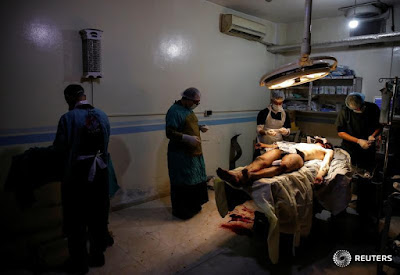 Surgeon Mohammad Abrash waits to start surgery on an injured man in a hospital in Idlib, Syria February 28, 2020.   REUTERS/Umit Bektas

The best way to illustrate the impact that fears of coronavirus are having on public spaces is to show a simple before and after. Not a perfect match as access was somewhat restricted to get to exactly the same place to shoot the “after” picture, but Ganoo Essa’s combination does the trick. 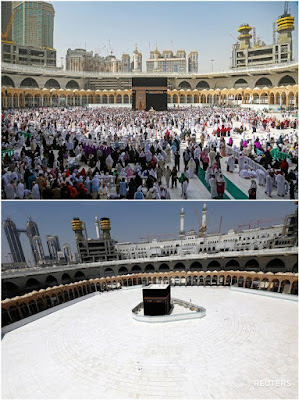 A combination picture shows Muslim pilgrims wearing protective face masks, following an outbreak of coronavirus, as they pray at Kaaba in the Grand Mosque in the holy city of Mecca, Saudi Arabia march 3, 2020 (top) and a general view of Kaaba at the Grand Mosque which is almost empty of worshipers, after Saudi authorities suspended Umrah (Islamic pilgrimage to Mecca) amid the concerns of the outbreak, at the Muslim holy city of Mecca, Saudi Arabia March 6, 2020.    REUTERS/Ganoo Essa